“Shelfware” refers to purchased software licenses that go unused. It’s a common issue at large organizations, and educational institutions are no exception. And while it’s not surprising that schools occasionally over-order software, what is surprising is the extent of the problem.

Earlier this year, Glimpse K12 published a study on the impact of shelfware on American K-12 schools. The results were staggering. On average, over two thirds (67%) of the 200,000 software licenses tracked for their study went unused. At some schools, the rate was as high as 90%. A similar study by Ryan Baker of the University of Pennsylvania, cited by Forbes and the Christensen Institute, reached a nearly identical conclusion, finding an average shelfware rate of 70%.

That these studies both focused on K-12 schools should be no comfort to higher-ed institutions. Considering the diverse array of digital resources used at colleges and universities, and the size of their student bodies, it’s hard to imagine that they have an easier time estimating license requirements than K-12s do. So stakeholders in higher ed should still take note of these findings and examine to what degree shelfware is a problem at their own institutions.

One might wonder why shelfware is seen as such a big problem. Despite the term, unused software licenses don’t actually occupy any shelf space, so it’s not like schools are physically burdened by their excess inventory. And at the end of the day, isn’t it up to each individual student and faculty member to decide whether they want to take advantage of the digital tools available to them?

The reality is that shelfware is a major problem for academic institutions. There are two key reasons why.

The first problem with shelfware – and the most obvious – is financial.

Every digital license procured by a school comes at a cost. Every license that goes unused is wasted money, plain and simple. And though bulk purchasing can result in relatively low prices per license, these costs can add up fast at institutions with serious shelfware problems. Glimpse K12 calculated that the unused licenses tracked in their study cost schools an average of $2M in a single academic year, making software the single largest wasted expense at these institutions. Given the amount of money K-12 schools in the US spend on software annually, the study noted that this could equate to as much as $5.6 billion dollars of waste every year.

“Underutilization/Non-utilization is the number one culprit that drives up education costs and weighs on student success,” the study quotes Glimpse K12 co-founder Adam Pearson as saying. “When these activities are not fully utilized, two unfortunate things occur. First, money is wasted. Second, and most importantly, student achievement suffers.”

This brings us to the second big problem with shelfware: its impact on students.

Schools make software available to students to enrich their learning experience and prepare them for the tech-reliant workforce they’ll enter after graduation. When students don’t take advantage of these resources, it can negatively impact their academic success or future career prospects. Even faculty resources that go unused can have a trickle-down effect on student success if the resource was intended to help educators better serve their students.

EDUCAUSE’s top-10 list of higher-ed IT priorities for 2019 included two directly linked to the well-being of students – Student Success (#2) and Student-Centered Institutions (#4). To meet these goals, it’s in schools’ best interest to encourage the use of software and other resources available to their students and faculty. Every instance of shelfware resulting from simple disuse (as opposed to misjudged demand) can be seen as a failure on this front.

What Can Schools Do?

Many have examined the problem of shelfware and proposed strategies to lessen its impact. None of these constitute a silver-bullet solution in and of itself. But an approach mixing some or all of these strategies may help institutions reduce the number of unused licenses they’re stuck with year by year.

One commonly identified cause of shelfware in schools is a lack of training, particularly among faculty.

A census by Common Sense Media published this year found that approximately 31% of educators don’t use available technology because they lack the training to do so. This supports the position of a 2016 article by Engineering.com, which asserted that: “Companies can give schools as much software as they want, but if they don’t provide the right training and support for it, then it’s going to sit around unused by all save the seriously inquisitive.”

The takeaway is that training faculty in the use of available tools can be an effective means of reducing shelfware. Many schools may lack the resources or know-how to provide this training in-house. However, some third parties and software vendors offer to provide it themselves. One such company, identified in the Engineering.com article, is ANSYS – a creator of simulation software that offers online support and on-site training on the use of their products to educators. Another example is VMware, which provides training in the use of their virtualization software for both students and faculty through the VMware IT Academy Program.

Given the volume of digital products used at educational institutions, it probably isn’t practical to provide every faculty member with in-depth training on all of them. But the more familiar educators are with a piece of software, the more likely they are to bring the benefits of that software to their classes.

It’s not enough for educators to know how to use the software that’s available to them. They need to see the value of that software.

A recent Forbes article, citing a study by Ryan Baker from the University of Pennsylvania, noted that teachers tend not to use learning resources if they don’t see how those resources will add to their curricula or help them do their jobs. Therefore, institutions should consider educating faculty not just on how to use available tools but on why they should use them.

Better still is to give educators a direct say in what tools are used in their classrooms. “The surest way to keep software from being used is to keep the teacher – the actual end user – locked out of the procurement process,” the Forbes article asserts. “When the software is purchased by people who aren’t going to use it, it almost always turns out not to be useful.” And while it would be inefficient, expensive, and risky for institutions to allow each faculty member to independently select and procure all of their own software, there is value to involving educators in this decision.

To this end, some schools have created platforms through which faculty members can select their own course resources. The University of Utah is one example. Ryan Peatt, Kivuto’s Chief Product Officer, described UU’s solution at the 2019 UB Tech Conference. The solution allows educators to choose their resources from an online database of approved options. If they want a resource that isn’t on that list, they can request that it be added. These requests can then be vetted by IT for security purposes and procured centrally to secure the best bulk pricing. By giving faculty a voice regarding what tools they use to teach, such a system can also contribute to the fight against shelfware.

Reducing shelfware isn’t all about increasing software adoption. It’s also about getting better at estimating demand for licenses so as not to order more than are needed in the first place.

Visibility into past and current adoption rates can help institutions accomplish this. When Procurement departments can monitor the adoption and usage of all digital resources used on campus, they can more accurately assess the demand for each and base future acquisitions off their assessment. This translates into fewer excess licenses that go unused.

For this reason, an ideal platform for distributing licenses should be capable of providing insights into adoption and usage rates. Detailed, on-demand reports that clearly show how many licenses for each product have been adopted compared to how many a school ordered can help Procurement teams more accurately estimate demand and avoid over-ordering in the future. These insights can be of huge long-term value in the war against shelfware.

Sometimes the reason why software goes unused is that students and faculty simply don’t know where or how to access it.

There are many possible reasons for this problem. It may result from a lack of communication or unclear instructions. The website through which resources are accessed may not be user friendly, which could deter students and faculty from trying to navigate it.  Another possibility – one that’s unfortunately common in education – is that resources may be offered through multiple siloed sites set up by individual departments or faculty. This can cause confusion around which site students have to visit to obtain each resource they need.

Schools can help limit shelfware by making it as easy as possible for students and faculty to obtain the tools they need. Providing a centralized one-stop shop where any student or educator can get every digital resource they’re eligible for can go a long way toward accomplishing this. This was recently demonstrated at Bochum University of Applied Sciences, in Ruhr, Germany. Since reducing the number of software distribution sites used on their campus from two to one, they’ve experienced a 50% jump in resource adoption rates compared to the same period the previous year.

There are many reasons why educational institutions should centralize their digital resources. Having fewer platforms to manage reduces IT workloads. Being able to pull reports on campus-wide usage and adoption rates provides insights that can help guide future purchasing decisions. Combating shelfware is just one of the advantages that centralization brings.

Studies like Glimpse K-12’s have made it clear that shelfware is much more than a minor nuisance in the education industry. Individual schools are losing millions of dollars a year. Total losses across the industry could be well into the billions. And this is all on top of the more subtle effects on student success that can result from non-use of important academic tools.

Training faculty in the use and value of available software. Giving them a voice in the procurement process. Centralizing the management and distribution of all digital resources on a platform that can provide reports on their adoption and use. While none of these steps on its own (or even all of them taken together) is likely to eliminate shelfware altogether at an institution, they can help schools at least limit the impact. 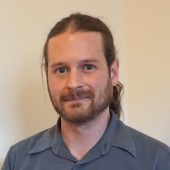 All stories by: Sean Paterson